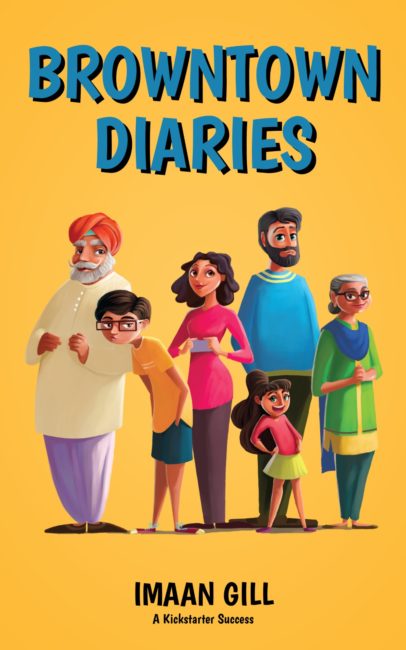 How the hell did this get leaked?!

What Readers Are Saying

“Sheer delight! I was laughing out so loud , bursting into my daughter’s room every now and then, pointing out to a passage here and a sentence there! I am awestruck.” – Satinder Tiwana M. Gill, Educator & Language Coach
Reviews

Browntown Diaries introduces us to the crazy, weird, and just plain funny life of Karan, a teenager trying to survive a summer with his brown family, in a brown town.

What else would you expect when you’re living in a brown family?

He makes sure to keep track of everything that happens in his diary, no matter how embarrassing. After all, that’s what diaries are for.

Imaan Gill is a high school student living in Brampton, Ontario, Canada. He took his experiences from living in a South-Asian family and put it into his debut novel, Browntown Diaries. The character of Karan is loosely based on an exaggerated version of himself, and the overall story is based on his actual experiences.

In addition to working on the next Browntown Diaries novel, Imaan spends his free time writing code and playing the guitar. He is an active member of various clubs at his school such as DECA, VEX Robotics, Student Council and Math Contest Team. He is a founding member of his school’s Science Club as well.

Outside of school he is involved in a leadership role with many youth organizations including the Youth Lens Film Festival and Brampton Gavel Club. He has won many accolades for his activities, including provincial medals for DECA, and numerous awards at various speech contests.

Besides writing, Imaan aims to pursue a career in Computer Science.

Why Is The Book Important?

“Minorities are underrepresented in literature, making it hard for young people to find characters they relate to. As a kid I’ve always loved reading, but it was difficult for me to ever find a book that represented me and my culture.
Since I had an interest in writing I decided to take up the challenge of creating a book that would represent myself and those like me. I developed characters based on people around me, and crafted stories by … Read More“ 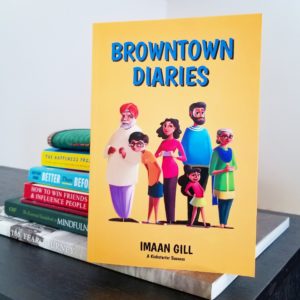